Bournemouth is one of our favourite UK towns, for several very good reasons.  In the summer, the beaches are bathed in sun and provide not only never-ending stretches of golden sands, but also an array of fascinating coves and the fossil-ridden Jurassic Coast.  In the spring, the city comes alive with bright, colourful displays of flora, while the autumn sees stunning hilly landscapes of lush reds and yellows, and the winter nods the arrival of some of the most frivolous festivities south of London. 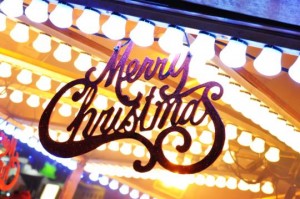 Bournemouth’s famous Christmas Festival is set to be just as sparkly, good-humoured and varied as its previous 6 years, and in 2014, the organisers have taken inspiration from the ‘Weihnachtsmarkt’ – traditional German Markets that sell more traditional food, drink, arts and crafts.   The new German Alpine Bar is set to be a real treat, and you can expect a fully themed winter wonderland, complete with luscious beverages and indulgent (usually sausage or pastry-based) snacks. 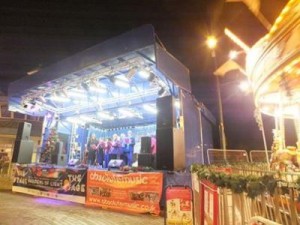 More traders will be involved this year, so you’ll find a whole array of unfamiliar products displayed in quaint little chalets to fit in with the overall theme.  The event will have no choice but to spill out over the Square and into the surrounding streets this year, which is fantastic news for those looking to really make an evening of it, and those who want to walk around and explore a little bit more.  In previous years, the market has felt somewhat too small for a city of this size, but in 2014, the festival is expanding in every which way and allows you to spend much more time wondering from one end of it to the other. 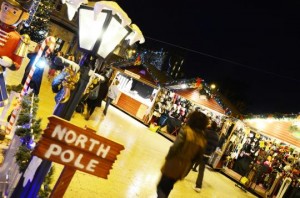 An abundance of Christmas lights, realistic artificial snow, animated characters, and an authentic German cuisine section will be on offer – including a charcoal BBQ offering 3 types of German sausage, an old-fashioned roasted chestnuts costermonger, a crepe stall and a flavoured coffee stall to fill the air (and tummies) with Christmas sights and smells. 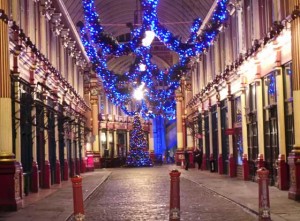 The Moose Bar will be making a return this year, and will be offering its familiar beer garden and serving German lager and mulled wines.  Don’t forget to take a photo of your costume in the Moose Booth for your chance to win £100!

For entertainment, there will be a stage at the centre of the action with various acts from the community getting the chance to perform.  This includes everything from singers to acrobats, and the ever-changing programme makes for great variety for all the family. 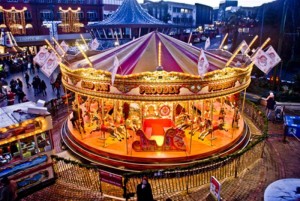 The lights are being switched on in Bournemouth on the 23rd November, with the festivities starting at 3pm – arriving early to explore the market and bars is the perfect opportunity to soak up all the action, and really get in the mood for Christmas when you and thousands of others see the city illuminated.

When: from now until 30th December

Where: The Town Square

Contact Function Fixers for last-minute hotel deals, to get a reservation in a tried and tested Bournemouth restaurant or to book a space in a bar or club in the city!