To mark the 50th anniversary of Winston Churchill’s death, The Science Museum is giving you the opportunity to see a stunning exhibition from January 2015 that displays some of the most exciting inventions made by Britain during World War Two.

Fascinating artefacts, rare and emotive film footage, hand-written letters from Churchill addressed to all manner of unusual characters, and a huge array of photographs offer poignant insights into some of the most important events in the history of science, and the man who oversaw Britain’s victory by embracing the change, progression and development in science at this crucial time. 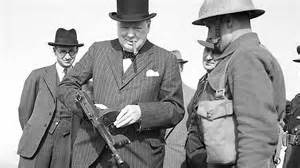 Images of Robert Watson-Watt’s step-by-step invention of the radar is one of the particularly interesting displays, and you’ll be captivated by the collections of Churchill’s personal items.  While there are hundreds upon thousands of cigars in the world that claim to have belonged to this legendary figure, you’ll see the genuine article here – the very cigar he was smoking when he was re-elected as Prime Minister in 1951.

Churchill’s life-long fascination with science had a huge influence on the ambitious projects undertaken by Britain in WW2, and this exhibition captures both his enthusiasm and his skill in a truly beautiful light. 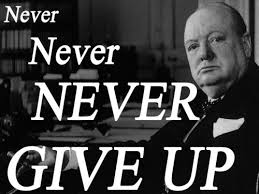 You can discover how the distribution of penicillin and antibiotics helped to win the ‘War at Home’, and gain a real insight into Britain’s top-secret research regarding the first atomic bomb.

Churchill continued to make scientific achievements made by long after the war, and had a big hand in our first understandings of robotics, molecular genetics, nuclear power, radio astronomy, and the science behind human nerve & brain function.  Happily, plenty of Churchill’s equally precious post-war discoveries are on display, alongside the weaponry and ordnance of the War.

A fond and interesting look at one of our history’s most treasured figures, this exhibition is a must-see for science and history buffs alike.  Best of all – it’s free!