How to get tickets to London’s New Year’s Eve Fireworks – it’s no longer a public event!

This year’s NYE celebrations will, as always, involve a dramatic fireworks show kicked off by a speech from the Mayor of London, but there’s one big difference this year – the event will be ticketed.  In a slightly bizarre and wholly unpublicised move, limited tickets will be released 12pm every day from the 1st to the 15th December.

Another significant change of plan is that the big screens that are usually visited by thousands at Trafalgar Square and Parliament Square will be absent for 2014/2015.  This has saddened many a local and tourist alike, as it’s usually such a popular destination during London’s NYE celebrations – but this year, sadly, the squares will simply be carrying on as usual. 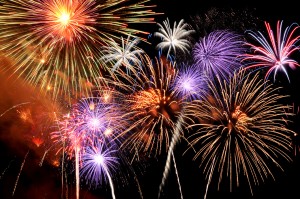 To be fair, the fireworks are an event well worth paying for, even though it’s impossible to find out just how handsome the ticket prices will be.  Some of the best pyrotechnics and grandest gunpowder in the world come to our humble South Bank for NYE, drawing crowds of over 500,000 people and establishing our celebration as one of the largest on Earth.

As Big Ben 12 midnight, a perfectly timed mix of music accompanies the bangs, whizzes and pops before the entire crowd join together for a rendition of Auld Lang Syne.  A live DJ set will then see you through until 12.45am so you can let off some steam after all that excitement, and afterwards, the organisers are promising that the ‘get everybody home’ operation will be smooth, well-planned and methodical.  We’ll see…! 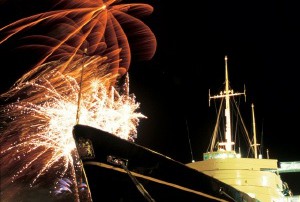 Happily, Transport for London are providing free travel from 23:45pm on New Year’s Eve until 4:30am on New Year’s Day – so make sure you only buy a single ticket on your train from home, as your journey back is likely to be free!

If you’re still in London on New Year’s Day, don’t forget to check out the Parade.  Featuring 10,000 colourful and varied performers, entertainers and musicians, the Parade is starting at 12pm on the junction of Piccadilly and Berkeley Street, and will finish at 15.30 at Parliament Square.

You can buy tickets to the London NYE Fireworks from 1st December here, and a map of the road closures is also to be loaded on that site on the 20th December.

Please share this blog with anyone you know who might not be aware that NYE London is no longer a free event – we’d hate for anybody to get all the way to the city and then find themselves stuck!  We’ll also put this information on our Facebook page, if you’d prefer to like and share via social media.  Only FIVE WEEKS until 2015!